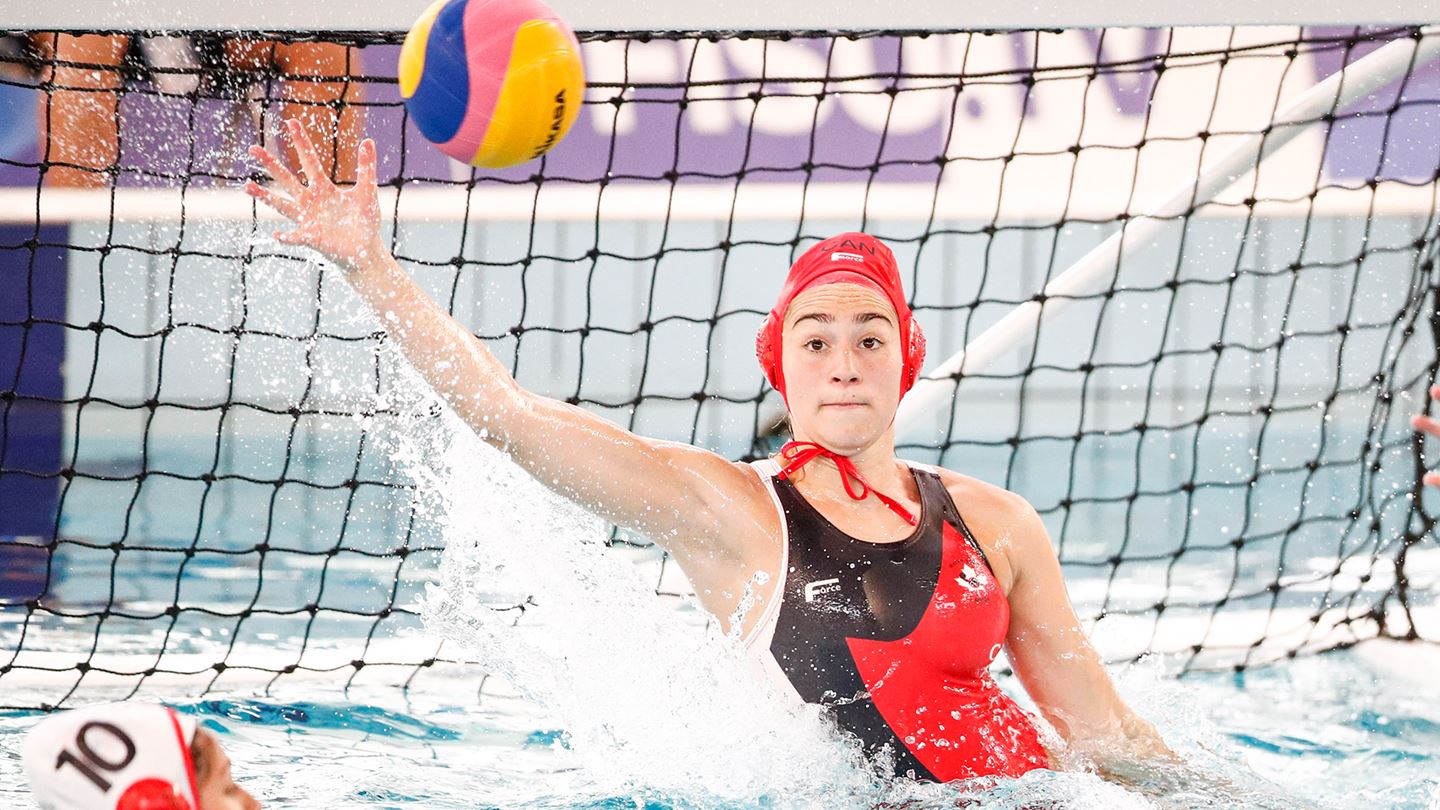 Toronto Golden Jets MVP goalie, Rachael Jaffe, just completed a great run representing Canada at the FISU World University Games in Naples, Italy.
Jaffe provided outstanding goal tending right from the start of the tournament as Canada opened with a 12-10 win over an impressive Japan team. In the game, Jaffe stopped two penalty shots and continually thwarted dangerous Japanese scoring opportunities.
After a loss to eventual champion Hungary and two easy victories against France and the Czech Republic, Canada had to face its international nemesis the USA in the knockout quarter final.
Jaffe came up with numerous key saves that had the American players wondering where this goalie came from. The teams battled to a 5-5 regulation tie, the low scoring affair a testament to the great goal tending. In the penalty shootout to decide the winner, the Americans shot second and matched goals with Canada for 4 rounds. Then the Canadians completed a perfect first round and watched as Jaffe made the only save of the round to send Canada on to the semi-finals.
Eventually, Canada finished in 4th place with its only losses coming against the three medal winners.
Rachael will take a brief break after a prolonged training and competition season before getting back in the pool in Toronto at the end of August with UofT and the Golden Jets.
Congratulations to Rachael!