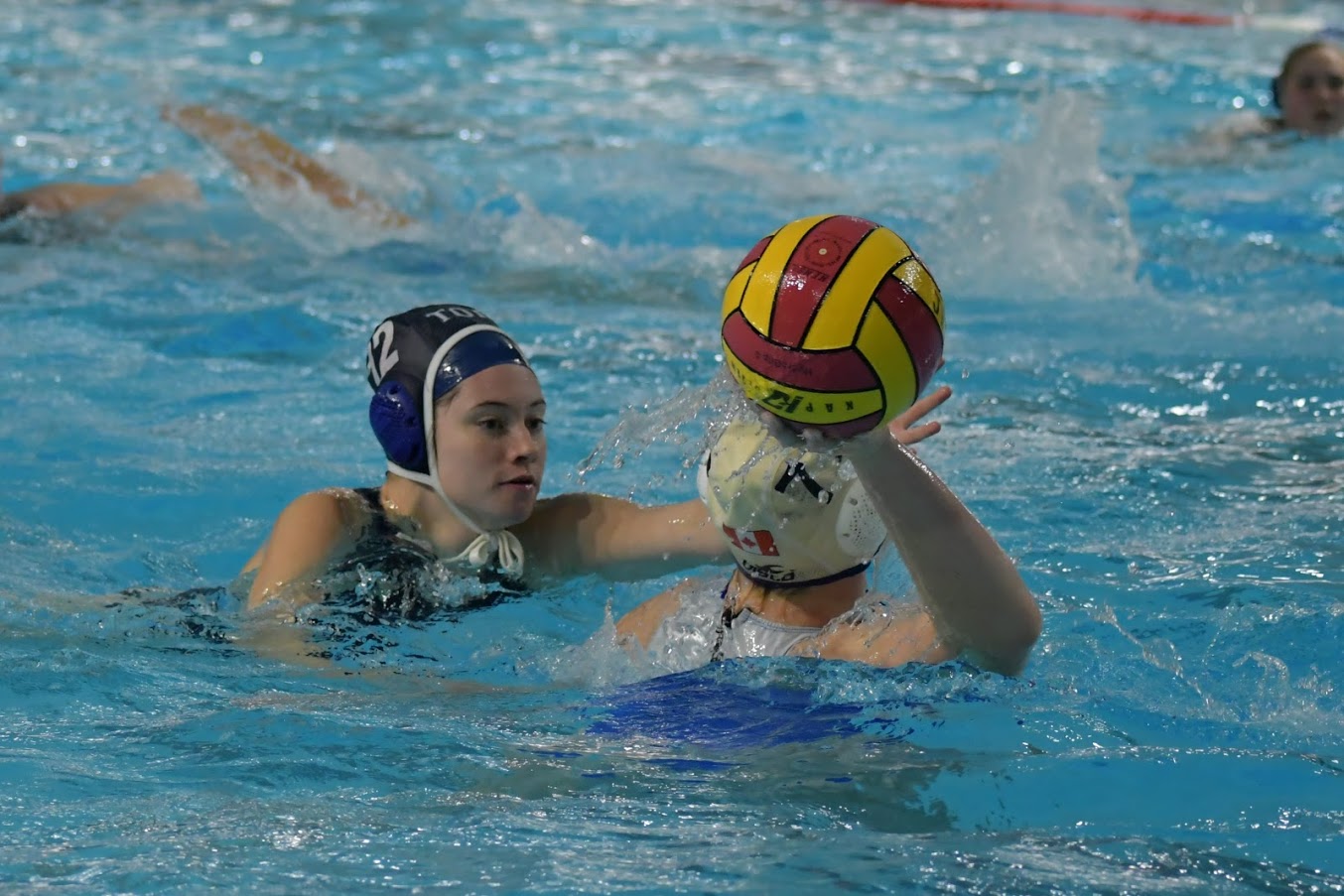 oronto Golden Jets senior women finished 4th at the Canadian National Championships held at Markham’s Pan Am pool.
The Jets drew the Edmonton Tsunami in the quarter finals and quickly fell behind 2-0 in the first quarter before notching a tally to head into the second down 2-1.
The Jets offence came to life in the second quarter taking the period 3-1 to enter the second half leading 4-3.
The Jets stretched the lead to 5-3 but gave up a goal with only two seconds left in the third to carry a narrow one goal lead into the fourth.
The fourth quarter ended up being the Christi Bardecki show for the Jets as the 40+ year-old scored all four Jets goals and, with the score tied 7-7 with three minutes to go, dragged the team to a 9-7 victory with an even strength and power play goal.
Bardecki led all scorers with four markers. Tyanna Supreme struck for a pair of goals while Caitlyn Tiedje, Lauren Dundee and Kaitlyn Palmer each netted one.
The Jets received a strong game from third string goalie, Arushi Madan, who was pressed into service due to the absence of starter Rachael Jaffe (away competing internationally) and back-up Hana Truchla (concussion).
The next day, it was a semi-final match-up against the Pacific Storm (Vancouver) and this time it was the Jets who jumped out to a 2-0 early first quarter lead. However, the defence lapsed and gave up four unanswered goals to leave the Jets trailing 4-2 heading into the second period.
The Jets tightened up and won the second period 2-1 to trail by a single goal (5-4) at the half. Storm reversed that in the third quarter to restore its two goal lead (7-5).
The Jets scored early in the 4th quarter to pull with one but could not muster any more offence leaving the Storm to pull away for a 10-6 win.
Bardecki had a pair of goals as did Supreme. Dundee and Palmer again added singles. The loss put the Jets into the bronze medal game against the Calgary Renegades.
The Jets were further short-handed for the bronze medal game and it showed early as the Renegades roared out to a 5-2 first quarter lead. They increased the lead by a goal in each of the next two quarters before the teams sawed off the final period 1-1 as Calgary took the bronze medal with a convincing 10-5 win.
Ana Miroslavic led the Jets offence with a hat trick. Hannah Levin and Bardecki added singles.
While not the ending the Jets were looking for, the season was still a big success given the undefeated record in the Eastern Conference regular season – something to build on for next year.